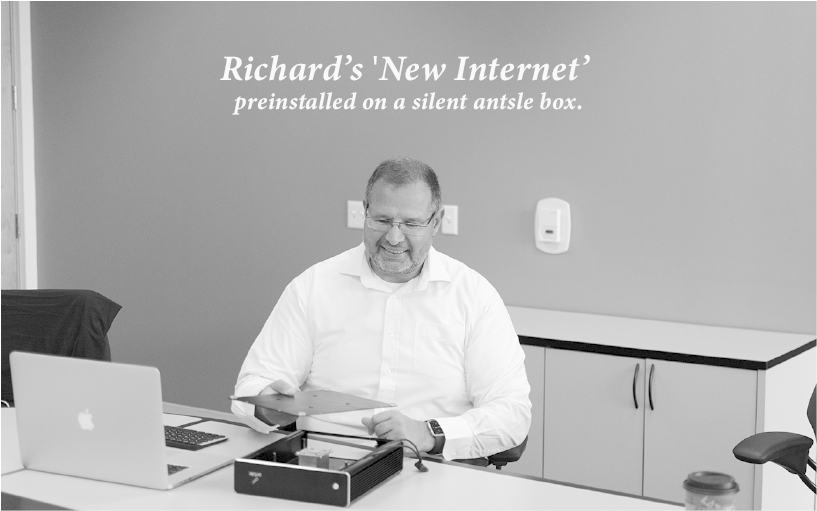 Judging by the recent feedback from all of you, it seems like you are enjoying the TV show ‘Silicon Valley’ on HBO as much as we are. We’ve been receiving a lot of questions if antsle is a disguised version of the Hooli Box. We’ve answered a few of those comments on social media, it’s kind of fun!Since the comments keep popping up, I decided to dedicate a whole blog post to it though!
The short version: No, we are not affiliated with Hooli 😉 Ironically, we despise the big guys that keep exploiting us. We are creating a new Internet, a decentralized version, as it was meant to be.
The long version: Actually, the new decentralized Internet was our idea, not Richard’s. Please look up our Indiegogo campaign from 2015 and watch the videos. It’s actually me who is talking, but it could’ve been Richard Hendrix as well.
The Internet is composed of many servers that are all interconnected. We find it highly problematic that the vast majority of those servers is controlled by a few big companies that act like Hooli does on the show.
Here is the big secret that the show hasn’t revealed as of today, May 15, 2018: In order to make the Internet truly decentralized, the world needs a box. Many boxes. Each box is controlled by you, not the big guys. That way, we give back control and data ownership to the people.
I sincerely hope that these important secrets will be revealed in later episodes of the series! I hope these words help you understand what antsle is actually up to and how it relates to what you see on the show.
I’d love to see your comments on this post and promise to engage with you, just for the heck of it! 😉