What’s the Difference Between Your Home and Your Server? 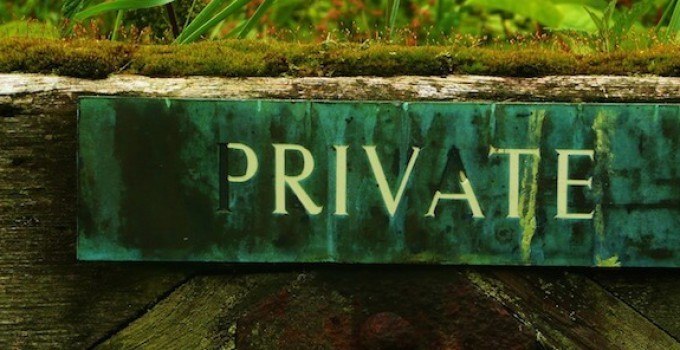 Short answer: There is no difference. For both your home and your server, you want to own, not rent.

Long answer: Well, not all situations are equal, and there are definitely cases where renting makes sense, for homes as well as for servers. When I say servers here I’m referring to the computers that make up the Internet, used for Web hosting, running DNS, Web or email server software, for example.

With regards to real estate, I believe there is a very deep-rooted longing in our psyche to own land. It’s no accident we’re using the term real estate. Our world is ever changing, faster and faster, and land – together with the dwellings we build on it – is felt as a last refuge of something real, something that cannot deflate or get annihilated overnight. We want to own our house and the land it’s built on to have a place that’s ours, a place that’s not subject to the daily turbulences of modern life.

Wait a minute, isn’t it that I need a lot of capital to buy something, while I can make easy monthly payments when I rent? We know this is not true. While some people pay their house in cash, getting it financed is very common. So even if you don’t have the capital to pay your home in cash, you can still make easy monthly payments. For me – living in southern California – mortgage payments are even lower than rents. And I have a choice: I can pay cash or get a mortgage, I can go for a 30 year fixed or for an ARM, I can pay additional principal on the go to reduce my debt faster, I can refinance anytime, … Ownership means freedom™.

Owning your own Server

So what does all this have to do with servers? Well, I see a dangerous tendency in today’s Internet. The “cloud” gets more and more popular, and these cloud services basically mean “renting” infrastructure. I feel a bit unfree and bossed around by that. Here’s why: It’s easy to pay $300 or $400 a month for a dedicated server in some data center. You pay the same for like 10 virtual “cloud” servers, also known as Virtual Private Servers (VPS). In about three months, I’ve paid for their complete hardware, assuming they assign me a new piece of hardware, which in reality rarely ever happens. After the initial three months are over, my payments are more or less pure profits for these guys. I feel very similar about the paid versions of Dropbox, Evernote, google apps, unbounce, Jira, github, and the list goes on and on.

And it’s not enough that I’m filling their pockets. In return, they make my life harder. They make it hard to switch once I’m using their service. They spam me with advertising. They send me advertising even though I’m using their paid version. Yes, google, I mean you! They give my code and data to third parties, to third companies as well as to government agencies.

All this has nothing to with owning a piece of the Internet. Instead, it’s about letting just a few companies own the Internet and allowing them to take their toll on us. The Internet’s control structures are broken. It’s the opposite of freedom. To me, it feels more like slavery.

It’s time to change all that. We at Antsle have created a simple solution that let’s you easily run virtual servers out of your home, from a server that you own. We provide the server hardware itself, as well as all the software needed to make creating and managing your virtual servers as easy as the click of a button.

This solution not only frees us from the tentacles of the big Internet giants, it also gives us ownership. We own the server itself, which means we own a “parcel” of the Internet, and on a single Antsle server you can host hundreds of virtual servers. Plus, you only pay for the hardware – Antsle’s business model does not include any provisions to make money from you with anything else. And finally you can try out any new piece of server-side open source software because you can create as many additional VPS’s as you like.

Since we see more and more people joining our bandwagon, we’ve created a term for it: the Autonomous Web Hosting Movement. Host your VPS and cloud services in an independent, autonomous way.

Ownership is freedom – in real estate as well as in the Internet.