Hosting Price in the Cloud: Avoid it, it’s too High. 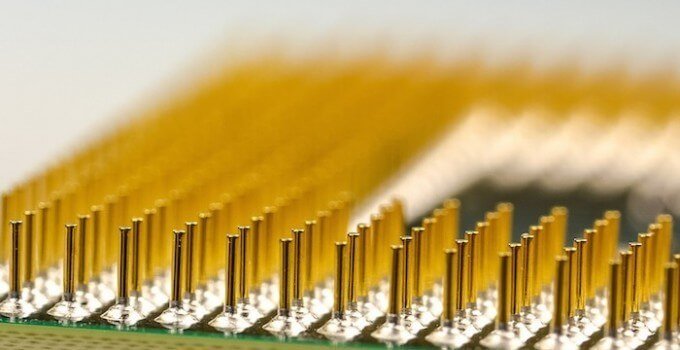 Ever wondered why the cloud hosting price is as high as it is? Having just a few companies control the Internet is at odds with your rights. And it’s at odds with your wallet. We’ve seen centralization happening with regard to the Internet since the turn of the century. Everyone rents their Internet server capacity from a bunch of big (some would even say arrogant) companies. These companies charge “taxi” prices. Everyone uses a taxi (to stick with that metaphor for a moment), pays taxi prices and willingly adheres to the rules imposed on them by the taxi lobby because it used to be difficult to own and operate your own server or data center. However, you can now own your “car” (server), be in control and save a mountain of money. Avoid the cloud hosting price, it’s too high.

Things have changed. Virtualization software, enabling several virtual servers on a single piece of hardware, has become commonplace and easy to use. Hardware has become more powerful yet less power consuming, enabling fanless designs. Broadband adoption has taken off, giving many of us more bandwidth at home than we used to have in professional data centers just a decade or two ago.

And society has become more aware of privacy concerns, contributing to the trend to host under your own control rather than under Google’s or Amazon’s. At Antsle it’s our belief that what is needed is a powerful, 100 percent silent home server to help bring about this control. One that is capable of hosting more than 100 virtual servers, so it can be the user’s private data center and replace a lot of Cloud services. We had to make many decisions on how to make that dream of ours a reality.

One decision involved which CPU to choose. Just a few years ago, we probably would have opted for an ARM CPU. We feel our product absolutely has to be silent in order to be suitable to run 24/7 in your living room beside your router. But ARM (let alone other architectures, e.g., MIPS) are just not a good choice for servers. Yes, you can run modern Linux distributions under ARM, but many other OSes are not available on ARM: SmartOS, FreeBSD, (full-fledged) Microsoft Windows, to name a few. A versatile CPUs widens your choices and helps drive down the hosting price.

As versatile as possible

The CPU that met our requirements best is the Intel Atom Processor C2000 Series product family (formerly Avoton). It’s based on the Silvermont architecture and supports an impressive instruction set, including SSE 4.2, CLMUL and AES- I, running only slightly behind the powerful Haswell architecture of desktop PCs. Yet the CPU has just 20W of TDP, enabling a completely fanless design, producing 0.0 dB of noise! In other words, absolute silence.

In the middle of that silence: eight Silvermont cores, each one running at 2.40 GHz. And most importantly for our purposes: Unlike earlier Atom CPUs, the Avoton has Intel VT for x86-based Intel Architecture (VT-x) with Extended Page Tables (EPT). That is necessary to run hardware virtualization using the Linux kernel’s KVM feature. We do go with OS-level virtualization in the Antsle server for most cases, and we use LXC for that. For use cases where the “guest” inside a virtual server is a flavor of Linux, that will be the way to go for our users. But we want more.

We want our server to be a tool that is as versatile as possible for our clients. So we want KVM virtualization as well. That way, the user can run, for example, 70 OS-virtualized containers running Linux plus six HW-virtualized VMs running other operating systems. Having VT-x including EPT comes in handy for that.

Our system software, antsleOS, manages both container VMs and KVM VMs in a coherent, transparent manner. Also, we wanted to choose a CPU with excellent investment protection for our clients. The future of the Avoton looks bright. A successor codenamed Denverton is on the horizon. It promises 16 cores instead of eight, a larger cache, and the SoC is expected to support 10 GbE, 10 times the speed of today’s Avoton. Expected to hit the market some time in 2016, it will enable our users (with an Antsle two) to run an extremely powerful, silent data center in their home or office. What a contrast to the times when they had no direct control over their servers whatsoever.