What hardware is needed for the perfect Private Cloud Server? 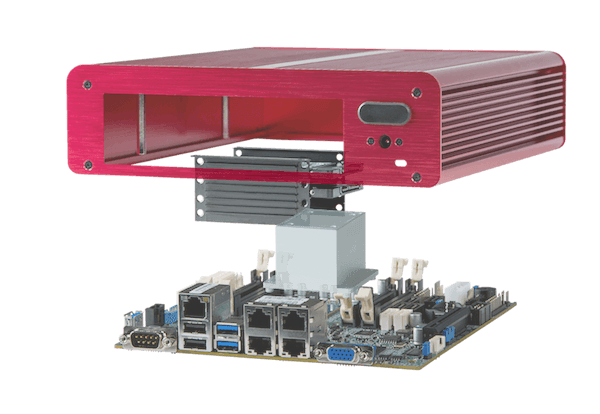 It took us many months to test and select different hardware components until we had a winner! Finding the perfect case to allow for a fanless design; selecting the right base OS or file system – when  developing Antsle, we went through countless iterations until we came up with the best combination of hardware parts for our Private Cloud Servers.

So far, the Private Cloud was mostly reserved for the enterprise world. We think the time has definitely come to share it with everyone! To achieve that goal, we had to make a few tough decisions in the hardware architecture and design of Antsle. We also chose premium components where necessary, to ensure bare-metal performance:

Fans are just a no-go, both in your office and in your home. You want the server connected to your router with a LAN cable, not via WiFi. That means the server will be located in a place that’s part of your living area. You don’t want fans there. Fans are noisy, and they move dust around that settles in your server. We’ve learned that even large, well-known companies market their products as “fanless” while in reality they’re not. The fans just start their work when there is a certain level of load. So we created our innovative cooling technology that uses the case itself as the heat sink. Even under 100% load of all eight CPU cores, the Antsle gets hardly warmer than just body temperature.

The data that you store on a private server is important data. It might be your own personal data that you’re backing up on a server. It might be data that your users have created, e.g. comments to your blog posts. Either way, the last thing you want to risk is losing that data, so we use mirrored disks in our solution. Yes, it will cost twice as much for the SSDs or HDDs, but that money is well invested. We’re using ZFS and RAID-Z, which allow you to spoil your data with the highest amount of safety, fault-tolerance and integrity.

Dust is a serious problem in computers in general, especially if moved around by fans. We prefer cases that are completely closed where no dust can come in. Otherwise, you have to clean the computer every few years. We are using vacuum cleaners for that (what else?), but some suppliers have rejected warranty because we used a vacuum cleaner, claiming it can lead to static electricity. So best thing: No holes, no dust. Our above-mentioned, innovative cooling technology enables just that.

Servers are designed to run for a long time. Bit errors in RAM do occur, and given the long periods of time servers are running continuously, it is just a matter of time before that happens. That bit error then gets written to disk, and you will have an inconsistent state on your disk. Depending on your operating system and file system, this can even lead to a corrupted file system and you might lose a lot of data, even though the culprit was just a single bit. There’s an easy way to avoid all that: use ECC RAM. ECC stands for error-correcting code and will automatically correct bit errors. We exclusively use ECC RAM in our Antsles.

The “usual” way to approach virtualization is using a type 2 hypervisor. It’s “common” because we’re all familiar with these hosted hypervisors (like e.g. VMware Fusion) from our desktop OS’s. With that approach, you’ll never have a professional server in your home. You’ll run some stuff in the host operating system, and some stuff in the guest OS’s. Probably even some stuff in (docker) containers in the host OS, some stuff in containers in one or more of the guest OS’s. As you create more services and applications over time, and delete others, one thing is for sure: You’ll start to forget where everything is really fast. The professional solution is: Use a native hypervisor, a.k.a. bare-metal hypervisor, or type 1 hypervisor. An example of a brilliant type 1 hypervisor is antsleOS.

Give ZFS a try. It’s simply the best file system around, especially for building a home server. A lot has been written about it.

You don’t want your significant other to oppose your new server! Make sure it looks beautiful, so it can be placed anywhere, including in prominently visible spots in your home.

We were thinking about whether we make our GUI the way it looks on AWS or digitalocean. We decided to give priority to ease of use and speed rather than full-fledged functionality that will rarely be used. We feel that is the best fit with our mission, to create the private cloud that just works. While others advertise deployment times of 55 secs, you have your antlet up and running in less than 10 seconds on an Antsle!

Check out the Full Specs